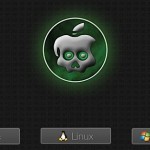 It certainly took long enough but chronic-dev has released greenp0ison for the Mac (and eventually windows and Linux). The server was down earlier so I’ve added a link in the bottom of the page to store a copy here until they get their servers together. This works on the iPhone 3GS, iPhone 4, iPad, and AppleTV2. For now it only does jailbreaks so if you are needing to unlock the phone you’ll have to continue waiting until a new version of ultrasn0w (or whatever it will be called) is released.